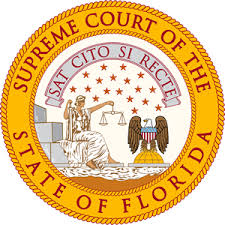 The Florida Supreme Court overturned a decision by the Second District Court of Appeal in Joerg v. State Farm.  In the opinion, the Court reiterated the following rules:

1-A tortfeasor should not benefit from the collateral sources available to the plaintiff;

2-Section 768.76 does not allow reductions for future medical expenses;

3-As an evidentiary rule, payments from collateral source benefits are not admissible because such evidence may confuse the jury with respect to both liability and damages;

4-It is also well established in Florida that the admission of evidence of social legislation benefits such as those received from Medicare, Medicaid, or Social Security, is considered highly prejudicial and constitutes reversible error.

Upholding these rules of law is a victory for plaintiffs as they will continue to be able to collect full compensatory damages under the law.  This decision is also a significant victory for taxpayers too as the public was never intended to foot the bill for the tort system.  It stands to very good reason that a tortfeasor, or person who has committed a civil wrong, is under an obligation to pay for the entire amount of damage caused rather than shifting the burden for that damage over to the policyholders of a health insurance plan, Medicare, or Medicaid.  Furthermore, this decision reiterates that the courthouse doors are open to all people regardless of social status.  In addition to helping reimburse social benefit programs for benefits provided, there is no good reason why people on social benefits should be able to collect less in a court of law than someone who "earned" their health coverage.  The damages are the same and the compensation should also be the same.  The reimbursement rights are also the same and the amount of damages collected should be the same.  Recognizing a difference between "earned" versus "unearned" social benefits is merely discriminatory and is patently unfair.

With all of that being said, we anticipate that the next legal battle of the collateral sources will be "Obamacare" (The Affordable Care Act).  At present, defense attorneys funded by insurance companies are seeking trial court opinions across the country in an attempt to shift the entire burden of the tort system back over to the taxpayers or policyholders.  They are arguing that plaintiffs should not have any future medical damages beyond the cost of ACA premiums for life plus the maximum annual out of pocket limit for life.  The intent of the ACA was never to shift the massive costs of such system.  If state court opinions across the country stay the course and support the well-established rule of law that tortfeasors do not benefit from injuring a person with insurance, then the rule of law should continue to respect that a court can award a plaintiff's full amount of compensatory damages.

For more information on how Moody Law can help with your legal needs, call or contact us today!